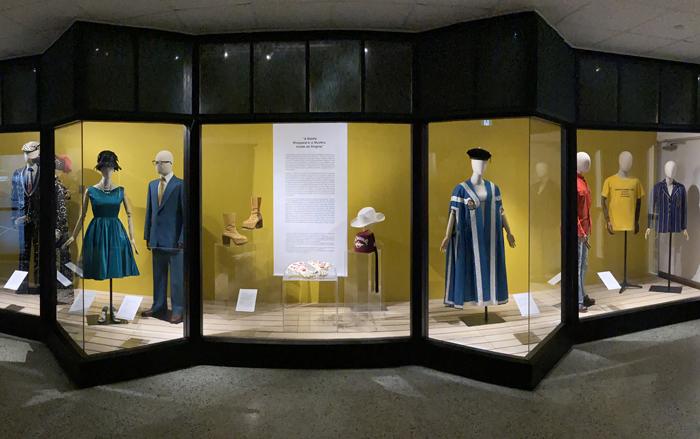 “A Riddle,
Wrapped in a Mystery,
Inside an Enigma”

These words by Winston Churchill can be used to describe how, within groups, we often struggle to express who we are as individuals.[1] We are our own mystery to be decoded. Dress plays a part in the binary gender construct assigned to us at birth. Throughout history, women have appropriated menswear to gain and convey power and authority. As Chancellor Lois Hole's academic gown demonstrates, this practice has improved the sartorial freedom of one gender. The cocktail dress on exhibition is vibrantly feminine, while the adjacent teal suit is a far less spirited play on traditional masculinity.
Gender conventions can be stifling.

Clothing is a means to communicate and engage with the world.[2] Accessories can help us perform our identity by aligning us with many groups. If gauntlets did not originate with Canada’s First Nations, their distinctive decoration has transformed them into cultural signifiers. While cowboy hats serve a function for ranchers, a spotless white specimen may convey social or political affiliations. Some newcomers to the Western Prairies happily embrace this symbolic accessory, but usurping clothing outside of one’s own culture can be disrespectful and damaging. The Shriner fez is one such object.
Guided by Victorian fascination with Orientalism, the Shriners have used the fez without regard for its origins as a religious and cultural symbol.[3] Freedom of expression can extend to dress practices and should balance the needs of communities and those of individuals. School uniforms best exemplify this struggle. 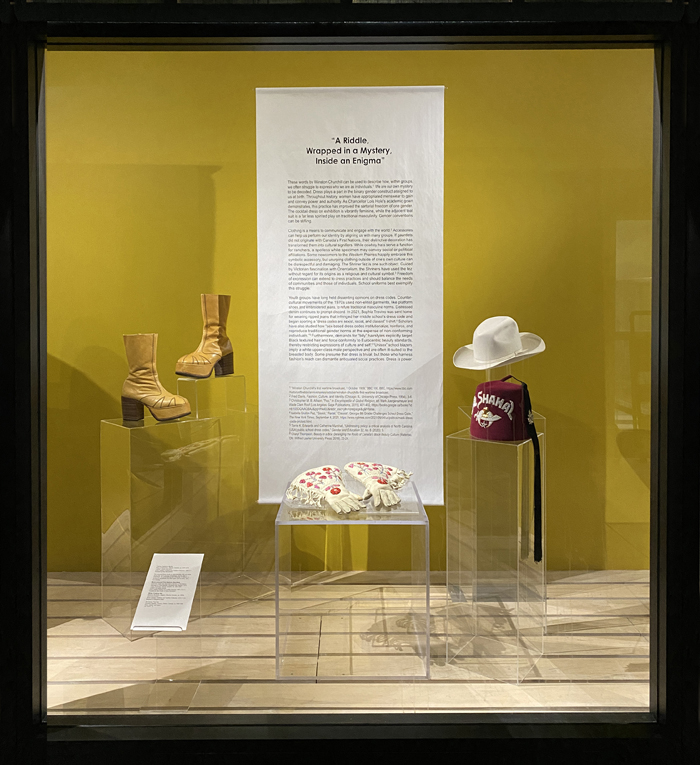