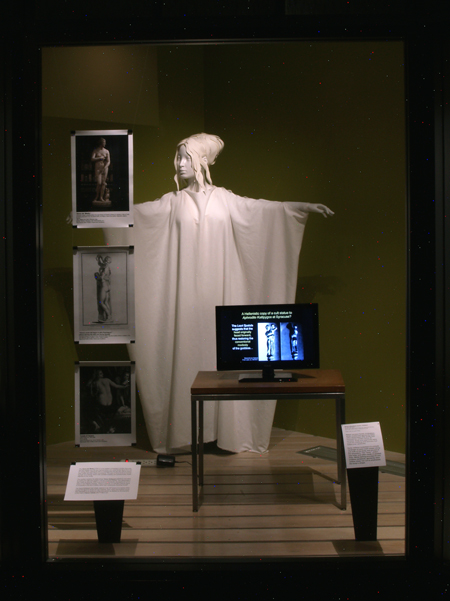 The Venus de’ Medici (TOP) is in the tradition of Praxitele’s Knidian Aphrodite, the first realistic and life-size representation of a nude female figure from the 4th century BCE.  Leaving the bath or emerging from the sea was used to explain their nudity and that of their successors. This type of Venus tends to conceal herself, in a manner which both exhibits modesty and paradoxically draws attention to her nudity.

This tradition explains the 1704 print of our Venus Kallipygos 1 (MIDDLE) described as exiting the bath and caught in the act of drying herself. This interpretation was made as early as 1556 on account of Aldrovandi’s description of such a statue in the Palazzo Farnese. There is, however, no indication that the figure is innocently in this act of toiletry rather than consciously exposing herself.

The Venus Kallipygos was initially restored in the 16th century in a manner which caused the figure to admire her own buttocks. Such vanity and eroticism would have appealed to an audience of this time period, as attested by the popularity of the motif of Venus’ toilette(BOTTOM) in art.
Sarah Nash, Co-curator

1 To access the print, see the publication on the Warburg Library Institute’s Web site at http://warburg.sas.ac.uk/pdf/ckn1098b2617502.pdf on page 72.